Below are the Nielsen ratings for the 46th week of the 1999-00 television broadcast season; most reruns are excluded from the list. Final household (HH) ratings, 18-49 ratings, and viewership (in millions) are provided in the first chart. The bottom charts include data for cable programs that aired this week.

Broadcast ratings: table is ordered based on total viewership
*The Hollywood Reporter claims that "The PJs" did a 0.9/3 in adults 18-49 which is just totally at odds with anything that makes sense. 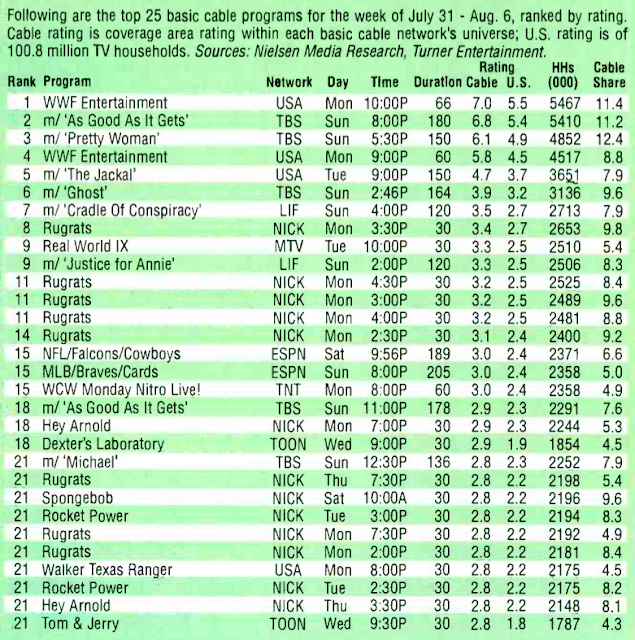 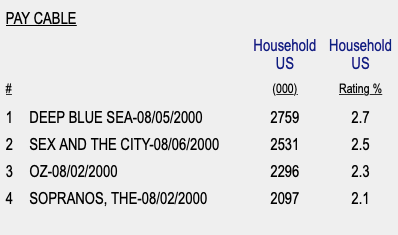 CLICK TO VIEW THE FULL SOURCE DATA FOR THIS WEEK
Source: USA Today, The Hollywood Reporter, Broadcasting Magazine, The Los Angeles Times, and Media Life Magazine
Written by Ratings Ryan at 11:56:00 AM