Below are the Nielsen ratings for the 41st week of the 1999-00 television broadcast season; most reruns are excluded from the list. Final household (HH) ratings, 18-49 ratings, and viewership (in millions) are provided in the first chart. The bottom charts include data for cable programs that aired this week. 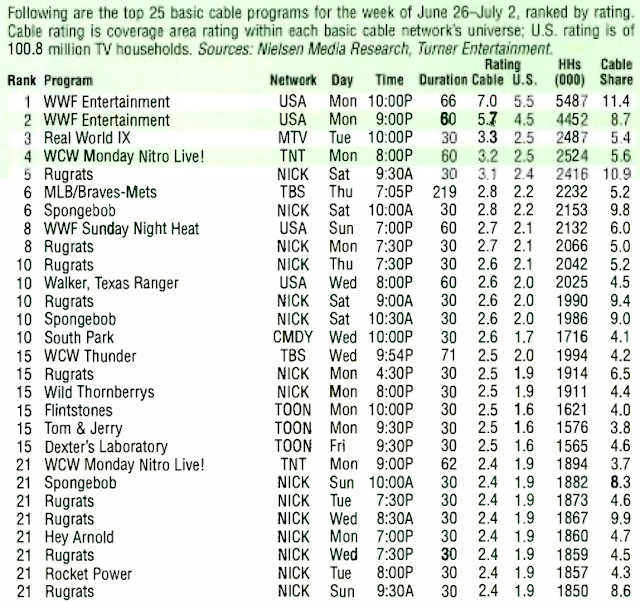 Premium cable ratings: "Sex and the City" was a rerun this week 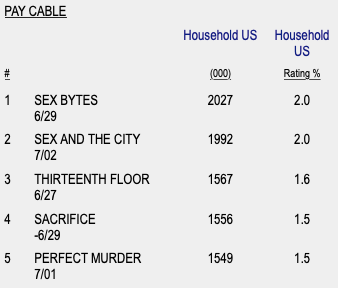