Below are the Nielsen ratings for the 17th week of the 1999-00 television broadcast season; most reruns are excluded from the list. Final household (HH) ratings, 18-49 ratings, and viewership (in millions) are provided in the first chart. The bottom charts include data for cable programs that aired this week. 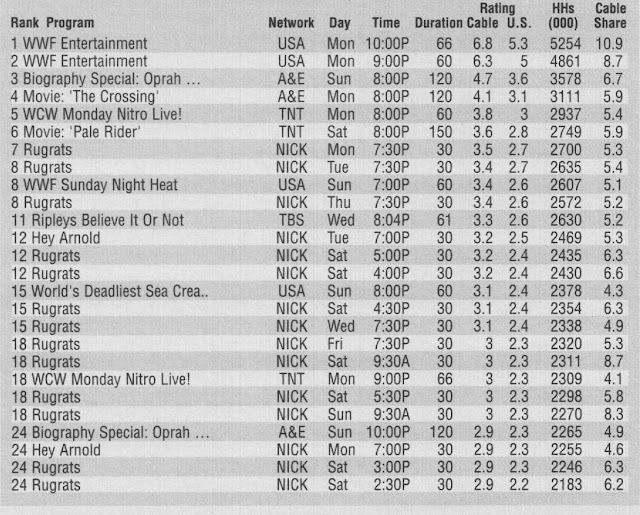 CLICK TO VIEW THE FULL SOURCE DATA FOR THIS WEEK
Source: USA Today, The Hollywood Reporter, Broadcasting Magazine, and The Los Angeles Times
Written by Ratings Ryan at 8:34:00 AM