Below are the Nielsen ratings for the 52nd and final week of the 1998-99 television broadcast season; most reruns are excluded from the list. The first chart includes household (HH) ratings and viewership (in millions) for all first-run broadcast programs. The second charts have ratings for programs that aired on cable during the week. 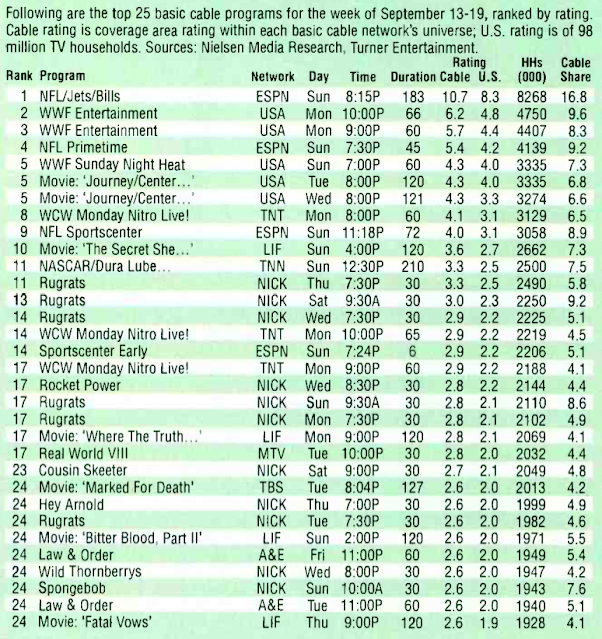 CLICK TO VIEW THE FULL SOURCE DATA FOR THIS WEEK
Source: USA Today, Variety, Broadcasting Magazine, and The Los Angeles Times
Written by Ratings Ryan at 9:30:00 AM

Email ThisBlogThis!Share to TwitterShare to FacebookShare to Pinterest
Labels: 1998-99, Weekly US